Standing in the middle of a sea of reporters and interviewers is nothing new for Booker T. It’s just part of what he’s become accustom to, after decades in the ring. But, when you watch how he spends time with each and every person that interviews him, you have to give him his props for how he does it. He listens very closely to every question he’s asked. He also treats every interviewer as if they are the only person in the room.
Granted, he doesn’t have too. He has the star wrestling credits to carry him where ever he goes. But, I get the impression, that he chooses to, because he wants everyone to feel special. 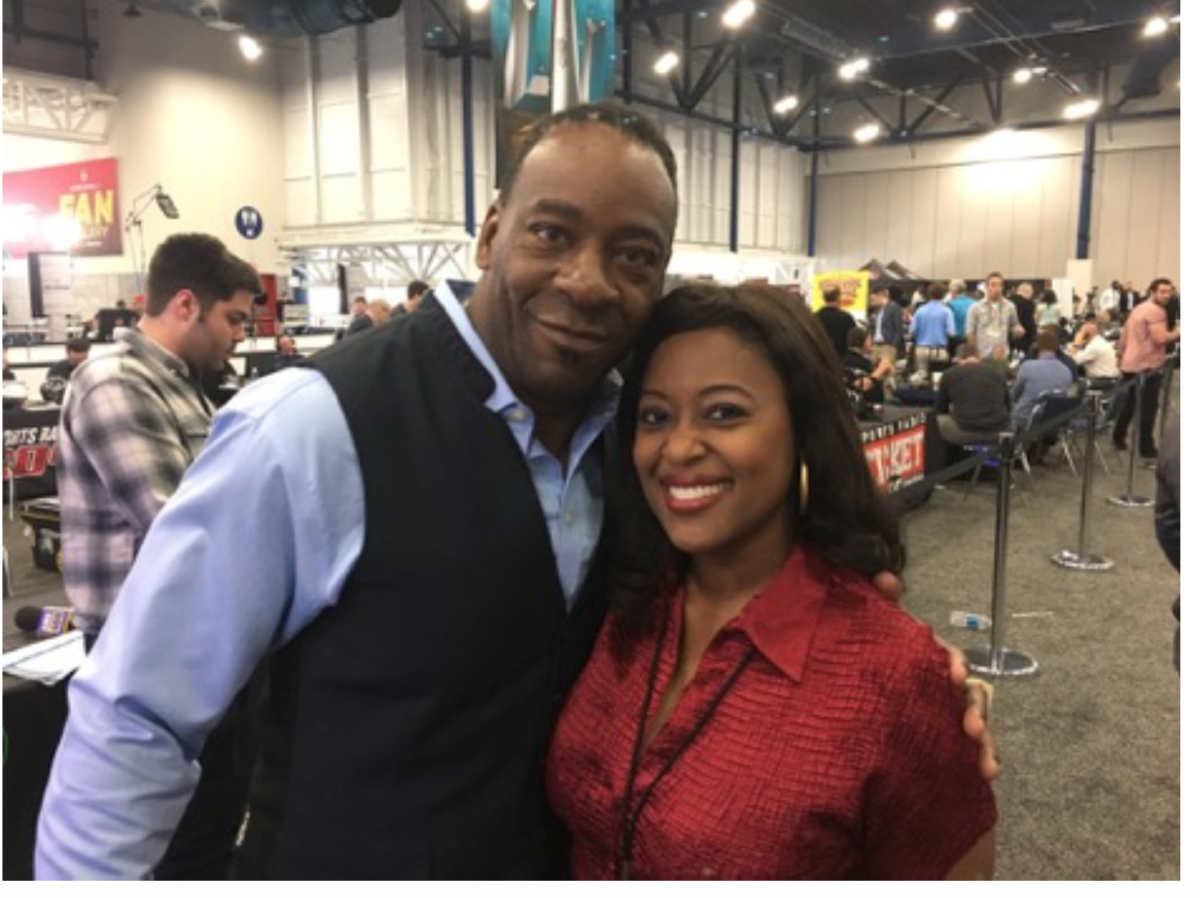 From his earliest days growing up in Houston, that feeling of being special wasn’t always there for him. Losing his father when he was just a child is always difficult. Then, a little over a decade later, the biggest tragedy he could never imagine, hit him square in the face. The passing of his mother, when he was just 13 years old. He says it was just devastating for him. It would leave any person lost, especially a child.

While it sent him spiraling, he had his older brother, Lash “Stevie Ray” Huffman to thank for helping to raise him. Even went Booker T. went a stray at times, he credits his Brother for bringing him back to a good place. That’s also why they made such a great tag team, in wrestling. I guess, when you win 10 WCE World Tag Team Championships together, you have something going right for you!

But with all his awards, he still feels the need to give back. He wants all kids to be listened too, all kids to be given a chance, and all kids to have hope of doing something with their lives, for the better. And since he announced his retirement in 2016, he is not slowing down. He still holds events, promotes, and does some work with wrestling organizations.

But, he is also stepping forward in the political arena, to run for Mayor of the City of Houston, Texas in 2019. No avenue is too big for Booker T., and when it comes to making a change or leaving his mark, he says he is ready to take it on, help others, and “Let them have it”!