Mention the words Spider-Man, Iron Man, the Hulk, the X-men, The Avengers, the Fantastic Four and so many more comic book heroes, you must mention their creator, Stan Lee. He changed the idea and perception of what comics would become. In essence, not only changing Marvel Comics from a small division of a publishing house to a colossal corporation, but revolutionized everything we know about the world of comics, superheroes and their universe forever.

Now, at 94 years young, when you talk to him, you still feel the energy of youthful excitement & fun as he cracks jokes and still says he has stories to tell.

In fact, his story telling days began long before he ever wrote his first superhero, when he was just a teenager. As a child, he was even influenced my movie heroes, like Errol Flynn.

From his roles at Marvel Comics to his amazing ability to change how comics and their stories could depict real human life, his impact was and still remains unprecedented!

But it’s his ability to connect with people, that outshines so many others. While attending one of his fan photograph sessions, I watched as he patiently waited for each adoring fan. Just a few brief words is all anyone needed. And even during one of his Fan Question & Answer panels, when asked why he still visits so much with the fans, he always replies the same
way. He does it for and because of the fans.

That’s another reason why he is also so passionate about something else. Literacy, Education & the Arts. His Foundation has been key to spreading these words for decades. And as a writer, he believes that everyone should have a chance to enjoy all three. His work in advocating peace is also important. Even working on a new program that bring Police Officers and
neighborhoods together.

All in all Stan Lee’s Legacy continues to grow and he doesn’t stop either, because learning never ends. 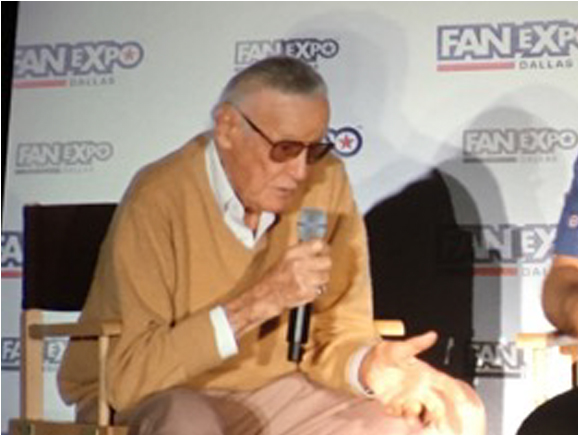 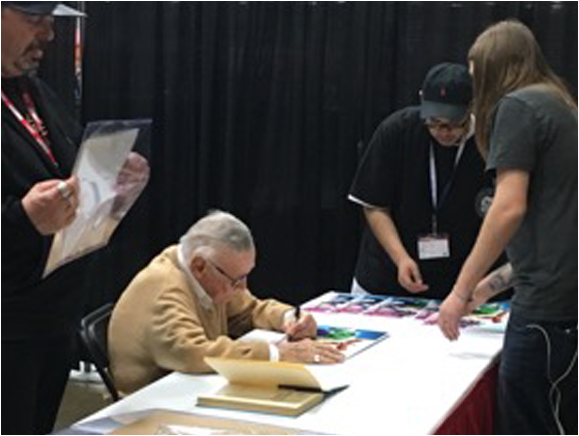